Snow tracks for vehicles can refer to one of two things:

In this article we’ll talk about the latter and explore the many different types of snow tracks for vehicles there are, and what purpose they serve for testing the vehicles. These special tracks are either lake- or land-based and are often referred to as such.

Lake tracks are fairly self explanatory, they are snow tracks for vehicles testing created out on a lake. They allow vehicle manufacturers to test everything from the traction of the vehicle’s wheels and braking capabilities, to the performance of the battery in an electric vehicle.

Types of snow tracks for vehicles

The goal of the FSTT is to create an environment where you can test vehicles at different frequencies to detect acousting problems, such as squeaks and/or rattles. The frequency is increased and decreased as the vehicle drives along the track, where the force is created from ribs on the track.

The cobblestone track has a similar function to FSTT, where instead of ribs, cobblestone creates a randomly variable force instead of a controller frequency sweep. It can also act, to some extent, as a suspension test track to see how well the vehicle performs on a lightly bumpy road.

A torque hill track is used to test the strength and rigidity of the chassis under an uneven load/torque. It consists of multiple smaller snow- and ice hills which subjects the chassis to different degrees of forces working different parts of the chassis to test its capabilities and performance.

Chassis scrape tracks are used to test a vehicle’s underbody against scraping in cold temperatures where materials become more brittle. The obstacles are constructed from ice and snow at various heights.

A pothole track is a track filled with potholes to simulate driving on a badly maintained road. It is often referred to as a suspension test track as when driving over the potholes, the vehicle is subjected to sudden and intense shocks and jolts, testing the vehicle’s suspension. 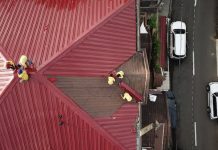 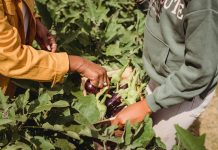 Advantages of a hydraulic skidding system

Advantages of a hydraulic skidding system